This is a collection for those who are fierce yet feminine, consisting of everything from armor to accessories. Find your inner Viking and prepare for battle!

A shield maiden is a source of inspiration to everyone around her: it is difficult not to fall in love with her revered battle capabilities and her ability to be both a domestic goddess as well as the defender of her own home. A free spirit, she is only tied down by her own sense of duty and love for her family and village. She would marry and divorce at will, follow her heart, conquer land and defend her honor from any who would insult her. One thing is very clear – you should not mess with her.

Not every era and not all nations can boast such fearsome warriors as those depicted in Scandinavian mythology. Known as a shield maiden, these women were depicted as taking roles that were generally thought of as masculine, training to become fighters and participating in battles and raids. It is difficult to deny the appeal of this kind of character – it is undeniably empowering to imagine a woman in the Dark Ages growing up in a society with stories of strong women. Though the actual existence of the female Viking warriors is a topic of heavy debate, we choose to focus on the fantasy of the matter and has designed a set of clothing heavily inspired by both the tales of Valkyrie and the actual existence of Viking women. We feel that the concept of the shield maiden is alive and well, existing in each and every one of us.

We have included everything that a Viking woman may wear: dresses made of sturdy linen that doesn’t drag on the ground, accessories and jewelry, ornamental weapons, shoes, and of course, shield maiden armor to keep you safe in the heat of battle. We have used practical materials that wear well and are built to last, as well as a combination of historically inspired patterns and a bit of fantasy to help them flatter the modern figure. We have also been heavily inspired by art and embroidery of the time, and have created a variety of motifs and patterns you will see repeated in etching, trims and leather embossing. With the “Shieldmaiden” collection you can create a memorable image of a Viking lady who is easy to fall in love with but hard to win.

Be a Viking warrior woman

In the last few years, Vikings have become incredibly popular. This is either due to the surge in Viking related TV shows and pop culture, or because people are just loving the history! Regardless, the idea of becoming a shieldmaiden has become ever-so-appealing to women everywhere, and lots of people aren’t sure where to start. I guess the first question would be if female Viking warriors actually existed, or if they are just a part of fantasy? There is evidence both ways, and more and more in uncovered every year. It was recently discovered that the body in the famous Birka grave was actually female, which is strong evidence towards the existence of female warriors. Regardless, though, the undeniable fact is that women in the Dark Ages grew up with myths and legends about strong female warriors, including shield maidens and Valkyrie, which no doubt helped shape the attitude and inspired the female population.

So what did women wear? Viking women are commonly depicted wearing a simple underdress with an apron over top. We believe that a shieldmaiden would probably want to wear something a little bit more practical, so we imagine her wearing armor instead of an apron, to protect her from swords instead of from dirt! We also imagine the dress of a shieldmaiden to be a little bit shorter than that of other women, to allow her more freedom of movement when she practices her fighting drills.

How to make a shield maiden costume

As with any costume, it is all about layers. You need to start from the bottom and work your way up in a way that is believable and makes it feel less like a costume and more like clothing. Here is how we would construct a costume:

As you can see there are many aspects to a costume, and a lot to think about when making it look believable. 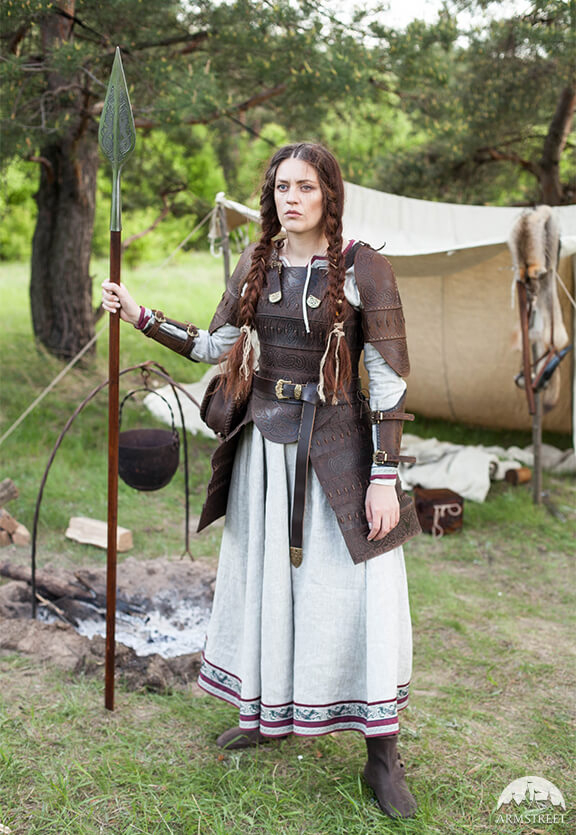 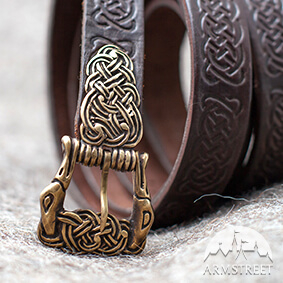 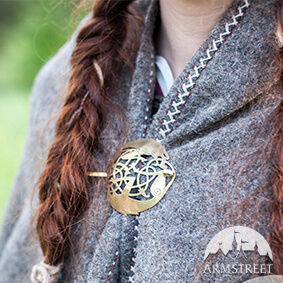 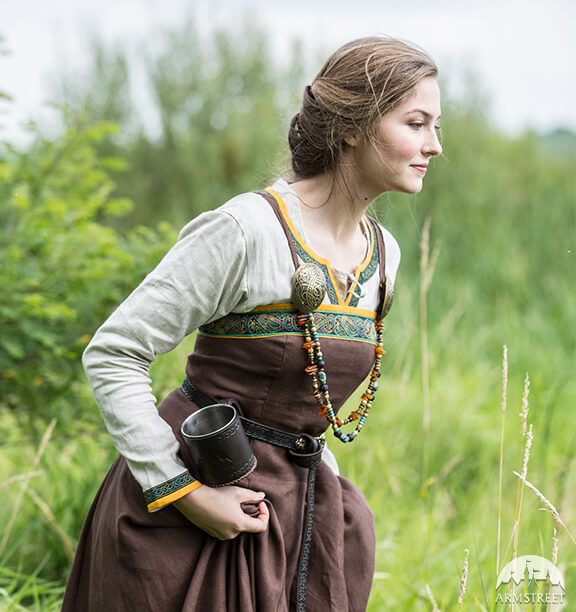 Some aspects of the Viking era were so smart, that we even still use them today! An example would be the basic shape of a Viking dress - this classic t-tunic pattern is still used in modern dresses, and can be seen in many garments. Another is the use of linen. Linen is incredibly trendy right now, and was also the trend back then, too! Linen is a breathable, comfortable, and natural fiber that is sustainable and strong. It’s difficult to see why more people don’t just wear their shield maiden costumes outside every day! Just kidding – but we do wish people would embrace medieval fashion more.

Prepare for your Viking handfasting wedding

When it comes to preparing for a medieval wedding, some people choose to go the Pagan route, either for religious reasons or because Viking ceremonies resonate with their personal values. It’s your wedding, so it’s your choice! When it comes to what to wear, we present a number of different options for both brides and grooms. Some people might wish to wear armor, whereas others may be happy with a simple shieldmaiden dress. Regardless, our whole collection has been incredibly popular among weddings all over the world!

What did female Viking warriors wear?

It is a very good question, but we cannot be completely sure. We know that Viking women often wore tunic dresses, leather shoes and a number of accessories, but it is difficult to determine what a warrior would actually wear. When designing our Viking shield maiden costume, we took into account the shape of the female body, modern fantasy aesthetics as well as some historical information to create something plausible but still fantastical and interesting. Don’t worry, remember that your shieldmaiden costume can be different from what we have imagined, and you are allowed to let your imagination run wild as you create your character.

It is difficult to explain how wonderful the feeling of Viking clothing is. As they were practical people, items were often made of robust cloth and tailored with movement in mind, especially gussets under the arms and lots of room for action. A Viking woman dress is made to be lived in, and you will love spending your time around camp wearing such garments.

We provide you with the perfect selection of items to aid in your Viking woman cosplay. There is a lot to think about when putting together a Viking costume, and we have made it easy for you by taking all of the items you might need and putting them in one place. It is up to you if you’re going to dress as a specific Viking, or if you want to be a little bit more creative and instead design your costume yourself – regardless, though, we’re here to help. 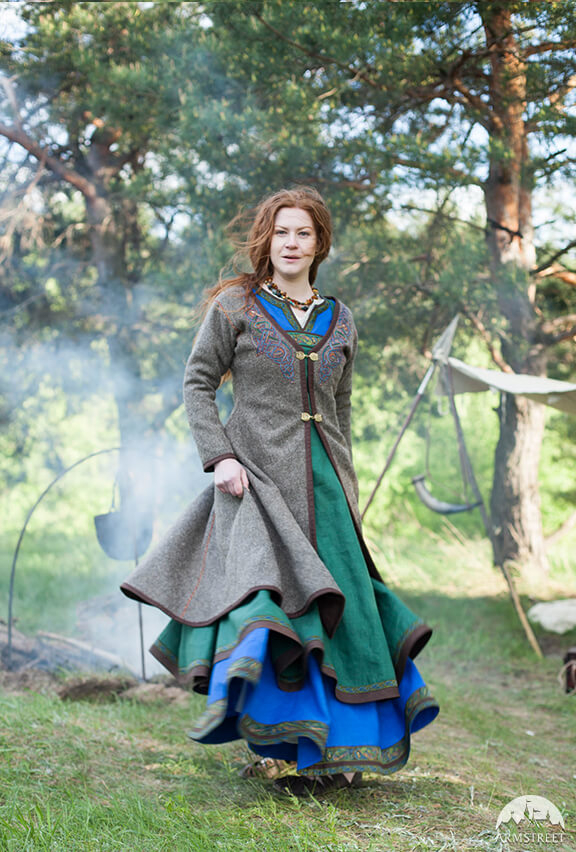