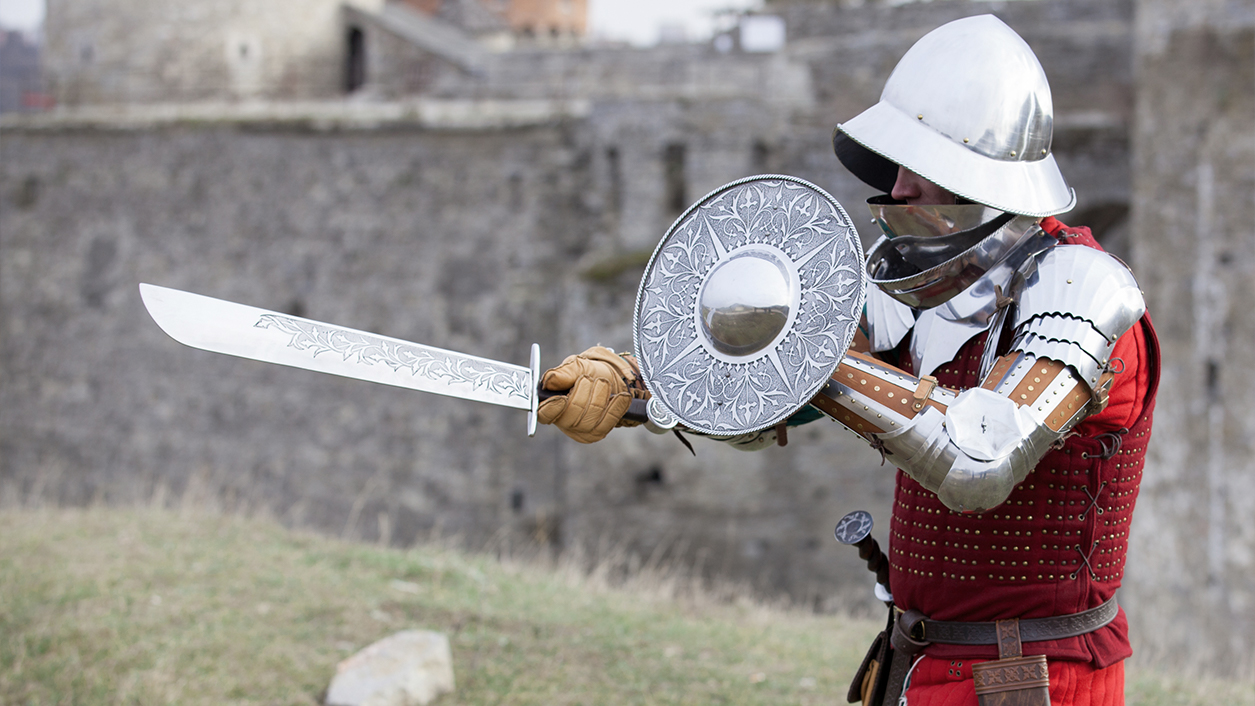 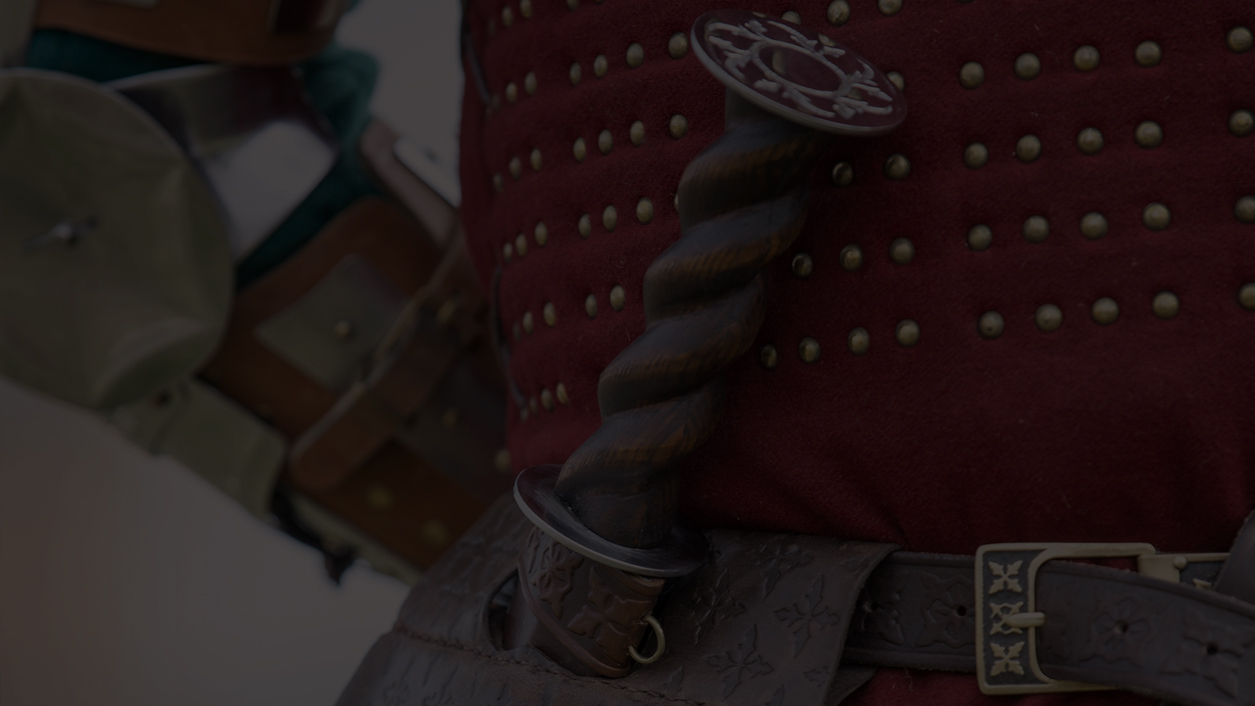 When you grow up in the dirt, you don’t really fear the grave. You’re driven forward by the chance that you might one day have to return to that life.

This collection is based on the flexible, transitional armor you would find later in the Hundred Years War. This brutal war raged on between England and France for 116 years, eventually resulting in the Wars of the Roses. These conflicts often involved a lot of feudal levies, as well as mercenaries, and towards the end, there was a shift towards developing standing armies. Growing up in this time would have been incredibly difficult, as many parts of England and France were ravaged by both sides and caught in the crossfire. We imagined the “Hound of War” to be a child raised in this struggle, growing up to become a part of the war because going with the flow of the chaos is easier than trying to hide from it and being swept away.
We wanted to capture the spirit of the war in this armor, so we made it brutal, angular yet flexible, and all of the parts removable. For example, the elbow cop can be removed from the rest of the arm harness and worn on its own. This means that as a mercenary, you can make the decision for yourself each fight about how much protection you’re going to wear depending on what kind of battle it will be.

We’ve used stainless steel to prevent rust so that you don’t have to maintain the metal as much when you’re on the road and double-layered the splint with steel and leather to give you the most protection possible. The brigandine is incredibly flexible and consists of hundreds of tiny plates, opposed to an earlier “coat of plates” style piece of early 15th century English armor. In this collection, you will also find perfect polearm mitten gauntlets and lots of other pieces that will protect you as well as look the part.

What is the Hundred Years War armor?

The Hundred Years War lasted 116 years and armor changed greatly over the conflict. Earlier, the armor was rigid, consisting of plate breastplates with heavy mail. Later, it transitioned to be a flexible brigandine, which would grant the soldier a much better range of movement without the weight of chainmail.


Learn a new fighting style with a medieval buckler

What is your usual style of fighting? In our experience, a lot of people are drawn to a huge, two-handed sword. While we understand the appeal of this (we’ve been there), there is also something alluring about the simple sword and buckler combination. A buckler is like a shield but smaller, easier to grip with one hand and control. Instead of being used as a shield, though, it kind of becomes a second weapon, used to control your enemy’s movement, catch swords, and even hit your opponent!


Feel the balance of a medieval falchion

So, now you like the sound of a buckler… so how about a one-handed sword to go with it? A falchion is an interesting XIV century weapon. It’s similar to an axe in that it has one striking edge (sharpened edge), but it’s shaped like a sword. It’s perfect for downward blows, quick movements and of course, chopping. In combination with a buckler, it would be truly terrifying!


Discover the armor and weapons of The Hundred Years war

All right, so you’re sorted for your close combat weapons (you’ve put down that two-handed sword, right?)… what about your distance weapon? Don’t pick up that two-handed sword again, let us introduce you to something MUCH cooler: pikes and halberds. These long weapons not only put a bit of distance between you and your opponent, they’re also very deadly and can help you generate a huge amount of force with little effort. These were the kind of weapons that ended up making a huge difference in the Hundred Years War conflict. 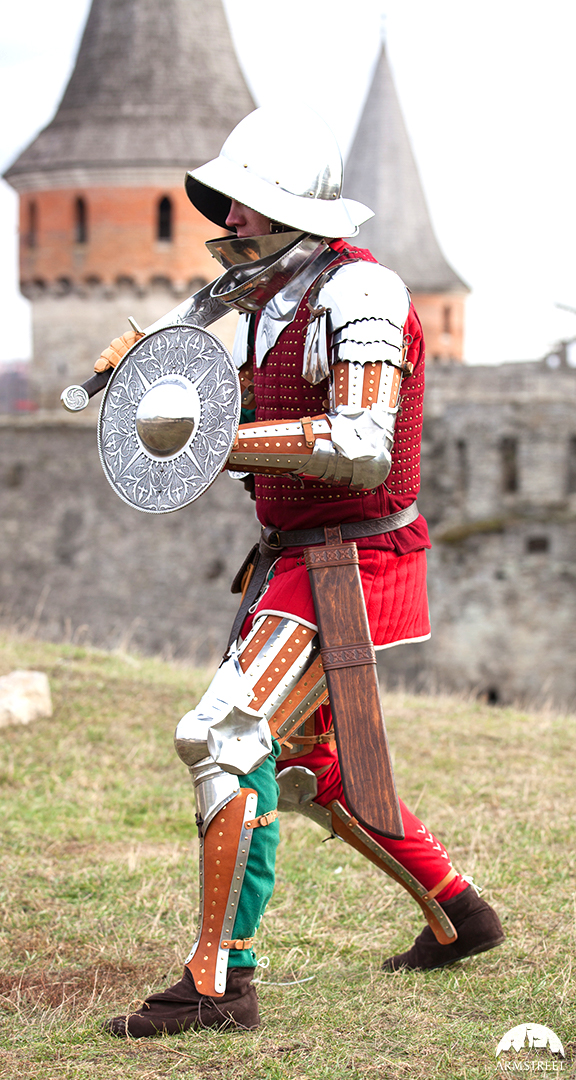 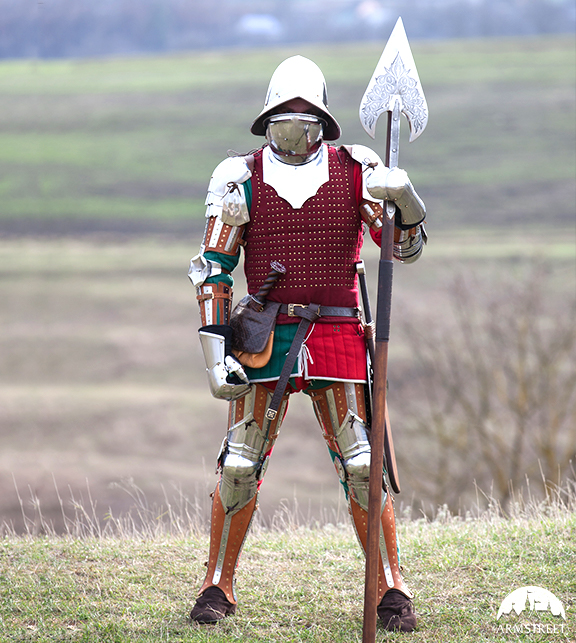 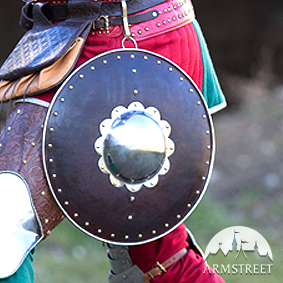 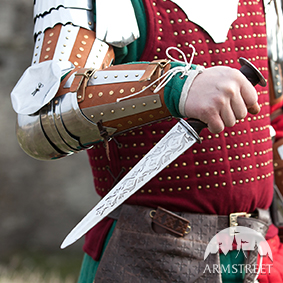 What is a halberdier?

A halberdier was a type of soldier who wields a halberd, which was an axe head on a long stick with a spike at the top. This weapon could be used to chop as well as thrust, making it incredibly deadly in the right hands.

Explore our collection of 15th-century armor and weapons

In case you haven’t noticed yet, we have everything you need for a complete setup. There’s no need to go anywhere else when it’s all right here:

We take great pride in our high quality, well-constructed items, and design everything in-house.

Protect yourself with a medieval brigandine and cabasset helmet

Being fully armored when you’re in the line of fire is super important. Not only does it protect your body and increase your chances of surviving, but it also gives you a huge amount of confidence. Think about it - you’ll be numerous kilograms heavier, which makes you feel much more grounded and ready to take a hit. Anyone you ask can confirm to you that once they started wearing armor, their skills as a fighter improved. A brigandine is probably the most flexible chest armor you’re ever going to find, basically allowing you to touch your toes whilst completely protecting you. Our popular cabasset helm protects your head from downward blows, perfect for your life as a pikeman.

What is a pikeman?

A pikeman is a medieval soldier who uses a pike. Similar to a spear, the pike is a thrusting weapon perfect for infantry. Pikes were used in conflicts all over Europe due to their versatility in combat and only fell in popularity after the invention of the bayonet.


Strike fear into your opponents as an armored pikeman

Imagine coming up against a guy in a fight, who is completely armored, wielding a blade on the end of a stick that’s meters long! You’d probably just want to turn around and run the other way (you would be smart too). Wearing armor isn’t just about the protection and the confidence, it’s also the image that it projects to the people that you’re fighting. So, by wearing a complete set of armor, it might just start doing your job for you - and scare away your opponents before you have to thrust your pike at them! 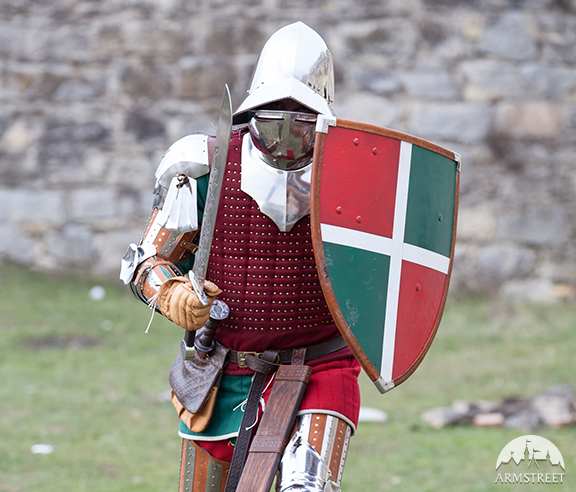