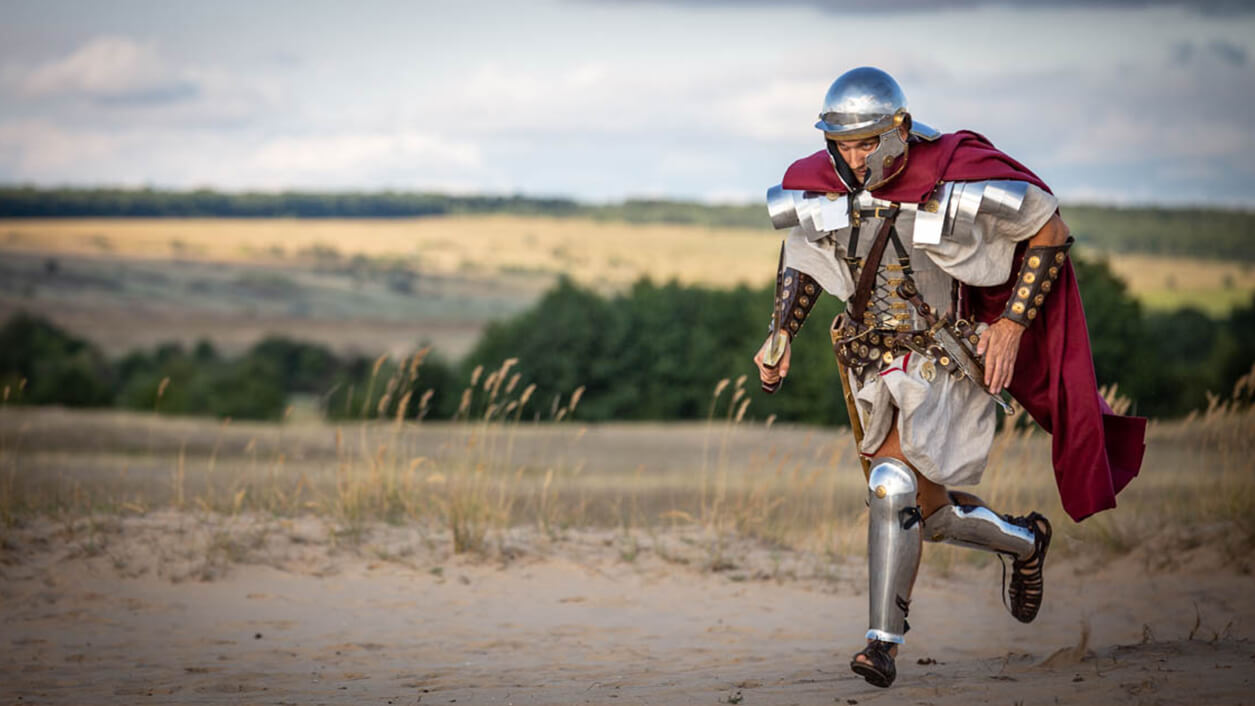 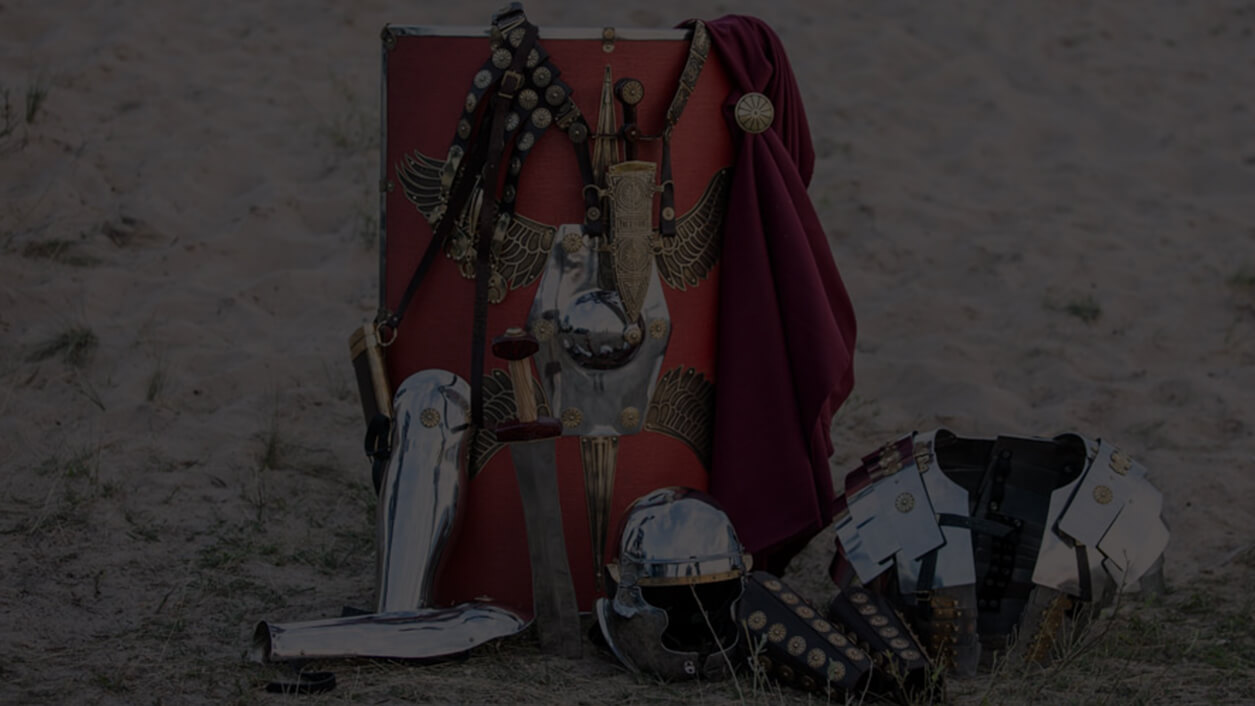 Practical yet handsome Roman inspired designs made from only the best materials, that any legionary would be proud to wear.

Cassius was a straight forward man: he enlisted to dedicate his life to the emperor and spent every waking moment serving to the best of his ability. It was difficult to pinpoint exactly when his shift in attitude occurred, and what led to the decision to plot the emperor’s downfall- but when you deal with tyranny day in, day out, the romance of fighting for such a man begins to fade. On the day of the emperor’s assassination, one thing was clear: that day, Cassius was no longer serving the emperor. That day, he was fighting for Rome.

Our “Cassius” collection embodies everything we love about Roman armor and clothing - it is basic, functional, but still beautiful. The sheer amount of technology that the Romans developed is awe-inspiring, which makes it easy to fall in love with such an amazing time period and the artifacts that go with it. Roman clothing and armor is handsome, practical, and also amazingly well documented, which makes our job easier! The Romans had an astute commitment to recording their military tactics, regalia, and life.
Roman legionary armor was easy to construct and provided the most vital amount of protection without weighing down the wearer too much. It was designed to be easily transported and standardized to almost any size so that it could be used again by future soldiers. This same concept applied to a lot of Roman clothing. This approach didn’t by any means make any of their fashion or armor ill-fitting or less attractive, though - the Romans were still undeniably stylish!

As our first collection of ancient era kit, we couldn’t be more proud of “Cassius”. It is the perfect combination of Roman weapons and armor, as well as clothing and accessories. Every single item is crafted with care and designed to look flattering on anyone, with quality materials and attention to detail. So, go on! Embrace the call of war, build your empire. Become “Cassius” and prepare to conquer.

Are you looking for a kit with a story to tell? Are you ready to go back in time and go on an adventure? There are so many manufacturers that offer uncomfortable or unremarkable roman armor for sale, but not us! Our “Cassius” collection is classic but still undeniably unique and “ArmStreet”, making it a must-have for those who love ancient armor.

Discover your love of roman weapons and armor

It’s difficult not to respect the Romans. They had such amazing systems in place to make sure everything was well documented and organised and had such an advanced civilization for a group for ancient. We are lucky to still have so much source material at our fingertips to research and dive into.

So what was real roman armor?

Real roman armor was usually made out of iron and bronze. Given that we live in the modern world, making armor out of these materials it’s not really practical anymore, which is why we decided to make it from stainless steel with brass accents. These materials are more durable, more readily available, and still, look just as good!

Roman armor at a discount

You’re just in luck because we are often having a roman lorica segmentata armor sale. We love to run promotions and make our items as affordable as possible for our customers, so be sure to subscribe to our newsletter to ensure you always get the latest updates on our sales. You never know - finding a great deal on a roman helmet for sale could be right around the corner.

No matter what kind of medieval subculture you are in, you can’t deny that real armor always looks better! Just because you are going to a LARP and using foam swords doesn’t mean that you have to settle for foam armor as well. Wear the real deal and feel amazing under the weight of your fantastic metal armor!

How much did roman armor weigh?

This is a pretty common question, really. The reason it is asked so often is that Roman soldiers often had to carry their kit with them, and people are curious to know exactly how much weight the average soldier would be carrying along with their roman legionary helmet. The answers are between 30-45kg, which is quite a lot! It all adds up when you’re wearing steel, and don’t forget of the crazy weight of the Roman shield as well. 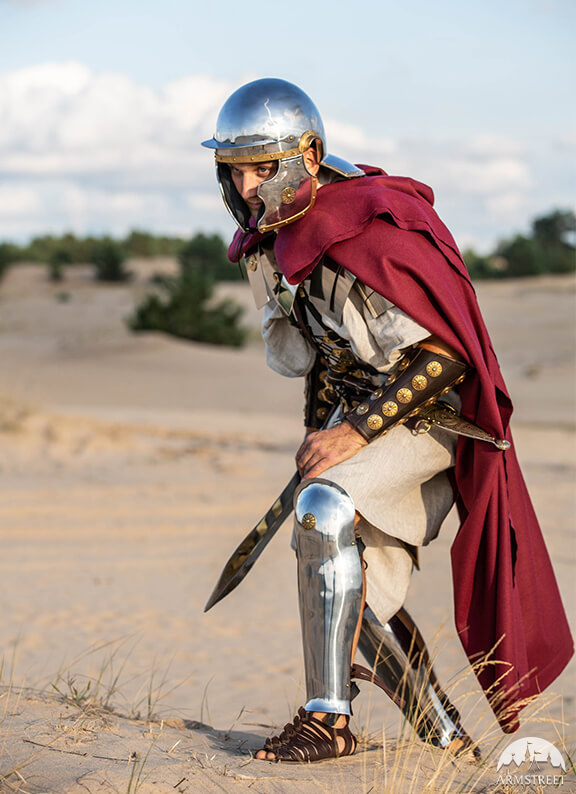 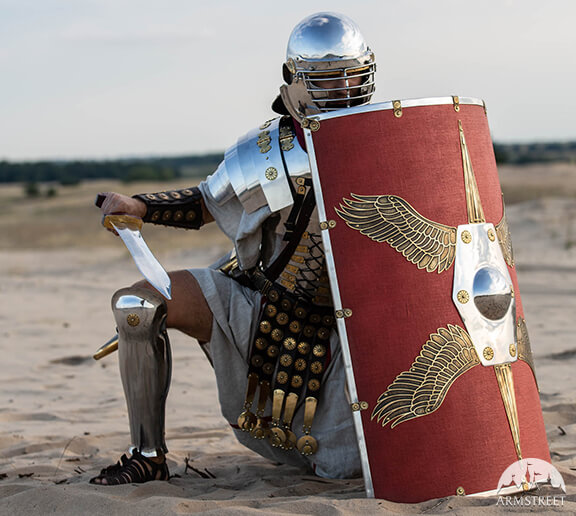 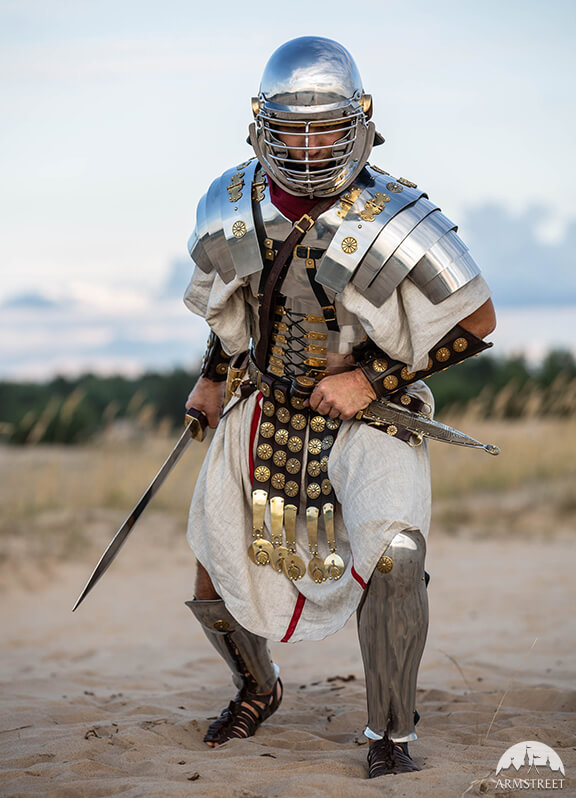 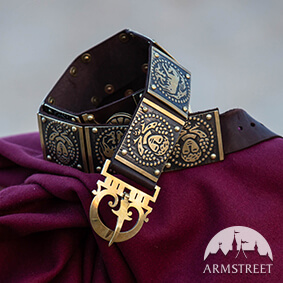 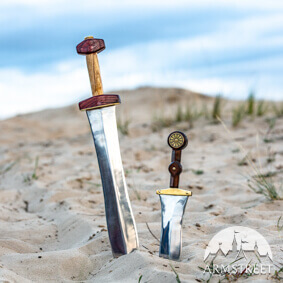 Made from quality stainless steel and thick enough to take a beating, this kit will do well in heavy format fights in the SCA. The stainless steel is great for fighting practice because it doesn’t rust as easy – just throw it into your gear bag.

We have tried to make our Roman-style armor as authentic as possible whilst still making it comfortable and practical to wear. We have based most of our designs on historical prototypes to ensure they are as close as possible to the real thing, with our own twist to make it a little bit special for you.

Put together the perfect roman kit

Putting together a complete kit can be hard! It’s difficult to know what you should focus on - should your first buy your roman helmet, or should you instead buy your Roman soldier shield before even considering armor? What about body armor, is that truly important? Or is it more important to think about roman leg armor? We’re here to help and point you in the right direction because we know exactly how intimidating it is putting together a costume from scratch. Here in the “Cassius” collection, you’ll find everything you need to hit the battlefield!

What about Roman clothing?

Let’s not forget about clothing as well - after all, you can’t be nude under all of that armor! The roman tunic is an absolute staple for your ancient wardrobe, as they are comfortable, adjustable, and easy to wear for basically any body type! Don’t forget these vital pieces when it comes to completing your costume and having a cohesive look:

All of these items are very important when it comes to surviving a cold night or going on a long journey.

Of course, you should also keep in mind that you don’t want to forget your Roman gladius - this is the sword that will keep you safe and allow you to defend yourself in any situation. These swords were on the shorter side and very easy to use.