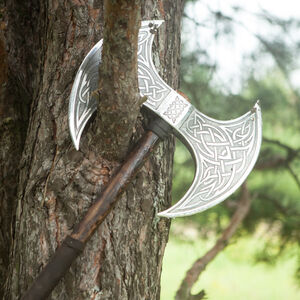 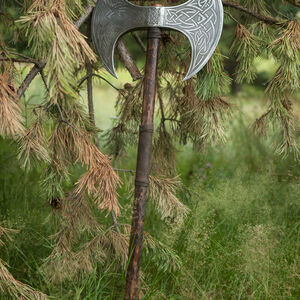 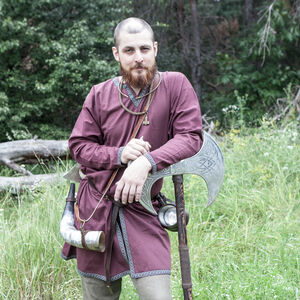 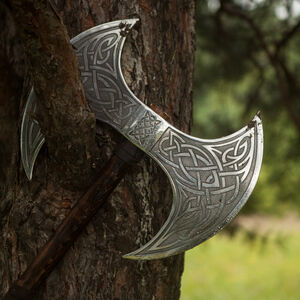 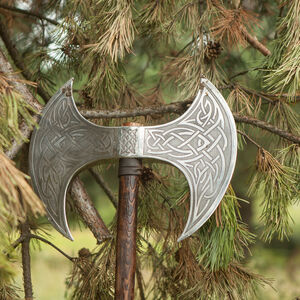 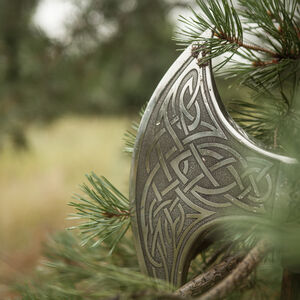 Image of a fearless Viking warrior crushing his enemies with huge double-axe became immortal under the influence of pop-culture. Behind the shroud of history, the Norse sagas reveal them, skilled and dangerous Odin's warriors, whose uncanny strength is sacred. Their battle is a frenzy, full of grotesque and fury.

Though the Lindisfarne gravestone confirmed the assumption that the Vikings used battle-axes in combat, the number of archaeological finds still convinced that a typical freeman was more likely to fight with spear and shield. More than that, period battle axes were different from what we get used to, neither short single-handed throwing hatchets, Bearded axes, or Dane axes with long shafts. Not a single double-bitted axe, depicted in modern art! So let it be our pure fantasy.

Forged out of genuine stainless steel, it will loyally serve you through the toughest experiences and settings. Perfectly balanced and weighted, it's made to last. The double head is etched with Viking-style ornament. Comes without a handle, as we aren't allowed to ship it assembled, so this listing is for the axe head only.

Its symmetrical shape with crescent edges also resembles 'Labrys' - an antique double axe, which was known for the Minoan civilization of Crete, the Greeks, the Romans, the Scythians. Double axe was identified with Zeus's belonging and even attributed to the Amazons. It certainly functioned as a tool and a terrible weapon of war before it was invested with symbolic meaning.

According to custom, all free Viking men were required to own weapons - get yours right here, right now. Carry your intimidating weapon with confidence.

Important note: the only way to use this axe head is to use it as appearance piece. This axe head is not a weapon, it can't be sharpened and must be used only in places where it is safe: away from children and any other people and objects that may be accidentally harmed. Please use it responsibly and take into account that by buying this piece you confirm that you agree to take full responsibility for your safety and safety of other people that may be potentially harmed.

This item is part of the “Viking” collection 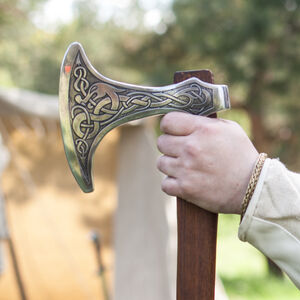 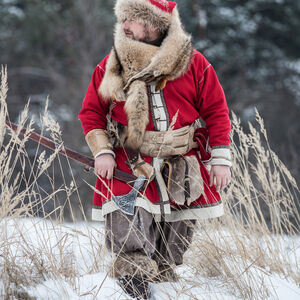 Warm winter coat with with embroidery 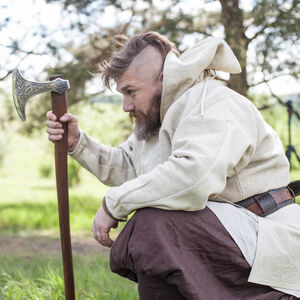 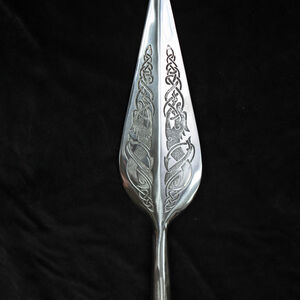