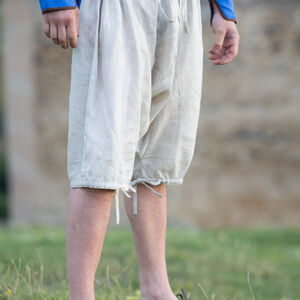 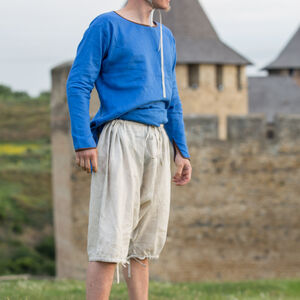 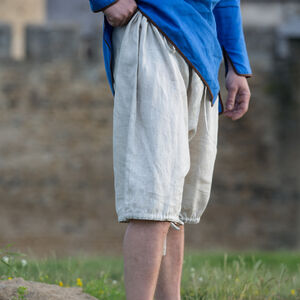 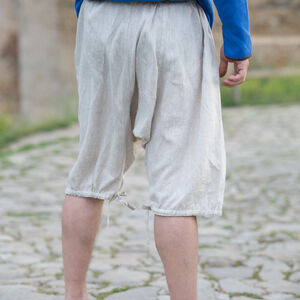 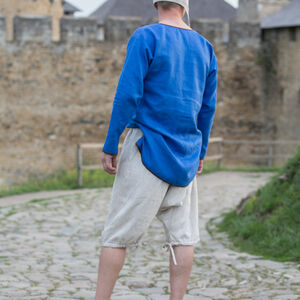 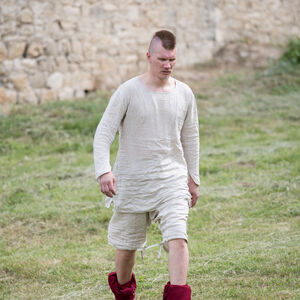 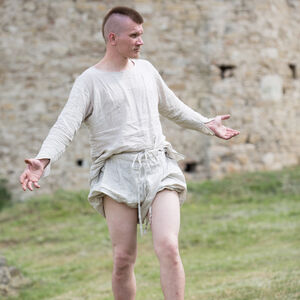 You asked for it, and we were listening. Finally, medieval men's underwear by ArmStreet is available, so get in quick to have the most fashionable underwear of all of your friends!
When it comes to men’s underwear in the middle ages, one generally thinks of a tunic, hosen, and some kind of short breeches called braies. Spacious and effortless, these braies can be called small only when comparing them with the bigger braies; still, they seem to be quite voluminous for those who are used to modern underwear.

Not a single pair of original medieval braies has survived the rigors of history, but the illustrations show them somewhat baggy, with a lowered crotch and the legs gathered at the knees. We’ve made ours close to the Moscevaja Balka pattern shown below, while the Morgan Bible shows similar designs, so presumably, the cut didn’t change significantly during the Middle Ages.
The only difference from the original pattern is the belt - we found that inserting it through the pre-punched holes is tedious. We've fixed this by substituting it with a drawstring at the waistband which makes for effective and comfortable suspension and gathers a considerable amount of fabric around the waist. In all other respects, the pattern was reproduced exactly to a T, so the braies consist of five parts: two trouser legs, two central inserts, and the gusset which connects them.

The material is fine flax linen, white and natural, common for the medieval underwear. Broad around the hips and in upper leg, they allow excellent freedom of movement. Note, the braies leg is loose and wide, much wider than the actual thigh circumference, and has a sewn-in drawstring tie at bottom leg for an easy fit. 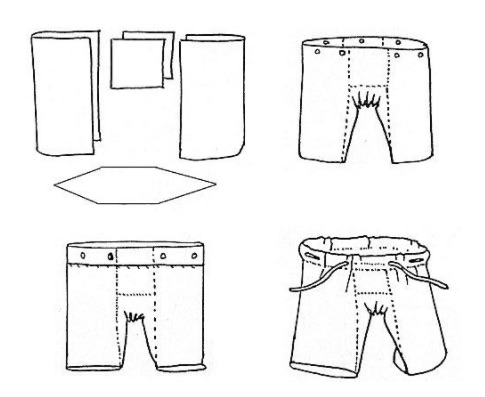 This item is part of the “Timeless Middle Ages” collection 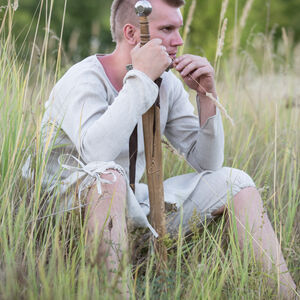 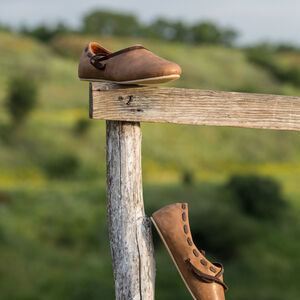 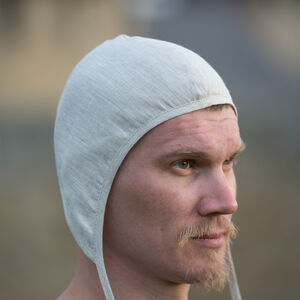 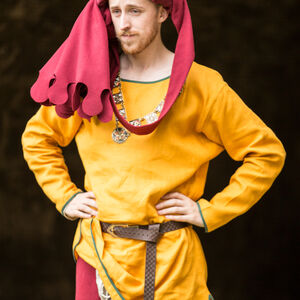