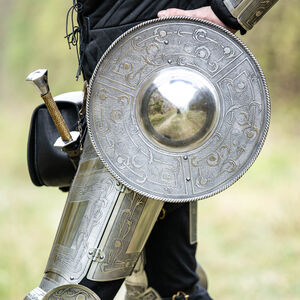 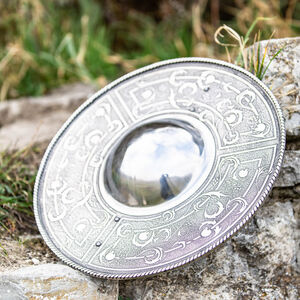 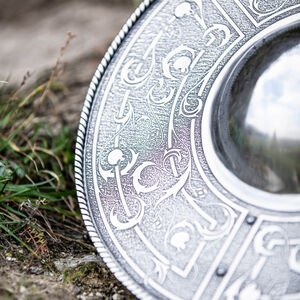 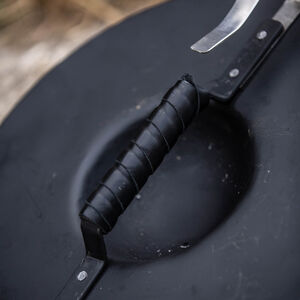 The earliest source that describes the sword and buckler combat technique is the famous fencing textbook of Royal Armories Ms. I.33 (also known as the Walpurgis manuscript and the Tower manuscript), dated XIII-XIV centuries.

In the 16th century the Italian school of fencing which also taught the buckler combat techniques acquired a powerful influence amongst the European nobility. Buckler came into vogue. Young people of that time carried it everywhere with them – usually on their belts. Later the left hand was armed with a dagger. This event marked the decline of the sword and buckler combination use.

The shields of this type had a relatively small size – usually 8 to 16 inches in diameter. And they had various shapes: often it was a circle, but one could carry a square, an octagonal or a trapezoid buckler. Bucklers allowed soldiers not only to defend themselves from the enemy’s weapons, but also to strike with the shield itself. To inflict more damage one or several spikes were sometimes attached to the central boss or buckler’s edge.

This particular buckler’s mass is 1860 g (4,1 lb) and it is made of stainless steel. The etched pattern with skulls matches the one found on our “Mythical Beasts” armor set, making this buckler a great addition to a complete look. The edges of the buckler are reinforced with a twisted metal wire for safety reasons and to make it more robust. 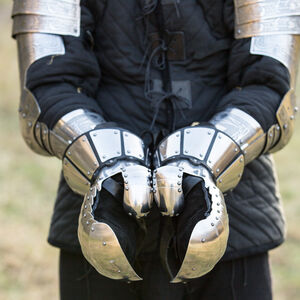 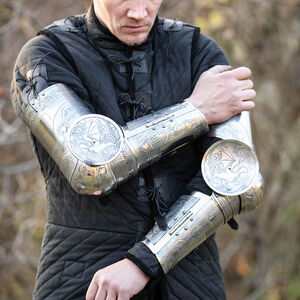